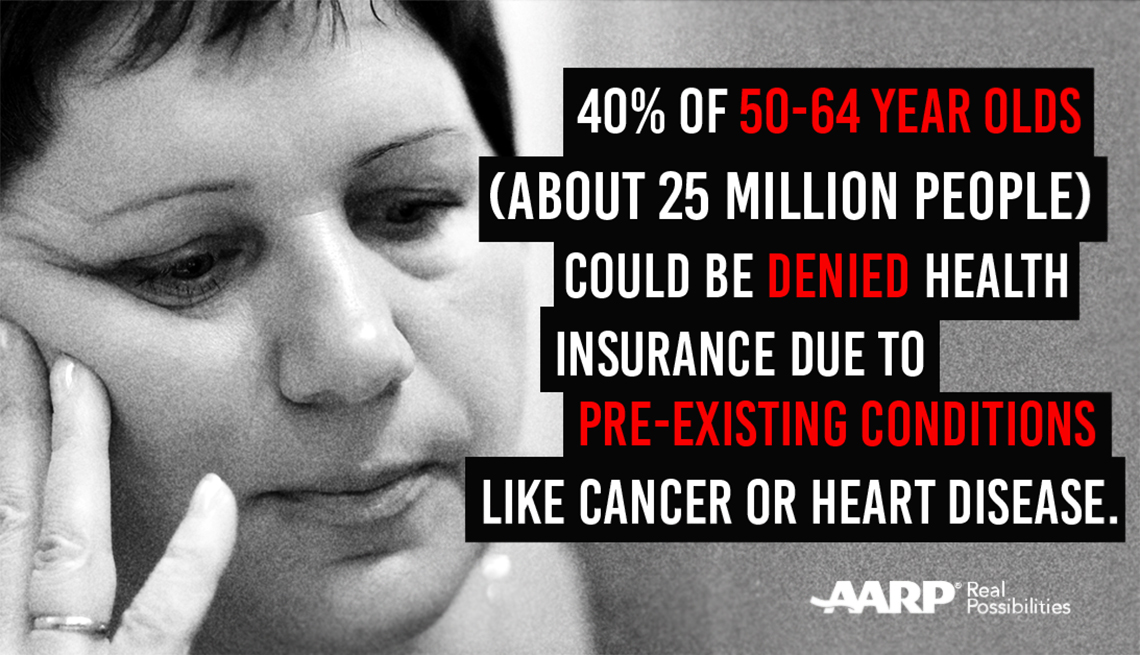 Last month, The American Health Care Act (AHCA) was shut down due to severe bipartisan opposition, even though the AHCA was heavily being pushed onto Americans by President Donald Trump. This week, the highly controversial American Health Care Act resurfaced with yet another arguable feature. The new installment would allow insurance companies to charge higher premiums for those who have preexisting conditions like cancer, diabetes, or heart disease.

This latest amendment, which helped the bill gain the support of a majority of the conservative House Freedom Caucus, shows a dramatic change from the current law that hinders insurers from discriminating against people with preexisting health conditions. However, not all are praising the new addition, it has raised concerns among Republican moderates, Democrats and consumer groups. This new bill future remains highly uncertain.

AARP released a statement saying that they “continue to oppose legislation that would impose an age tax, eliminate protections for preexisting conditions, weaken Medicare, erode seniors’ ability to live independently because of billions of dollars in Medicaid cuts, and give sweetheart deals to drug and insurance companies while doing nothing to lower the cost of health care or prescription drugs.”

On Wednesday, AARP sent a letter to each member of the House, reiterating its pledge to make sure all it’s 38 millions members know exactly how their representatives votes on this bill.

AARP stands by its members and making sure the House knows that allowing insurance companies to charge prohibitively high rates for people with prior health issues would hit especial hard for those older adults, most who are too young to qualify for Medicare. According to the AARP Public Policy Institute (PPI), 40 percent of Americans ages 50 to 64 a total of 25 millions people have a preexisting condition.

If you remember the last month’s version of the AHCA, the disputed age tax would have raised the limit for older Americans to pay five times for than a younger consumer. Under the current law, older consumers cannot be charged more than three time the amount of younger consumers, by insurers. This latest version eliminates the limit entirely, giving insurers the options to charge older Americans a much higher rate.

States that want to allow insurers to charge more for people with preexisting conditions would have to have a high-risk pool program or a reinsurance program. For any consumer who would have to buy coverage in a high-risk pool, AARP’s PPI projects the premium could reach as high as $25,700 a year in 2019, which is when this provision would go into effect if the House allows the bill to go through.

As we already know, the American Health Care Act (AHCA) was put on hold last month after the Congressional Budget Office claimed, over the next decade, 24 million American would lose coverage with the legislation. They also concluded there would be a hefty increase in premiums for people ages 50 to 64.

Medicare’s finances would worsen and the war on raising costs of prescriptions drugs would not be reduced. AARP said, “the legislation would provide a windfall for special interests in the healthcare industry, including insurers and drugmakers.”

If you would like to tell your congressional representatives to vote no, you can do so through a letter online.