*This recipe is written as an appetizer that will feed four. If you want to use this recipe for a main dish, double the recipe!!

*For the sauce, you can use any brand of store bought chipotle seasoning or a homemade version. If you have neither, you can drizzle the ranch dressing straight up!

This whole-grain chocolate chip blondie recipe has half the amount of brown sugar and butter as a traditional recipe and is made with 100% whole-wheat flour. The results: scrumptious toffee-flavored treats with fewer calories and less added sugars per serving. 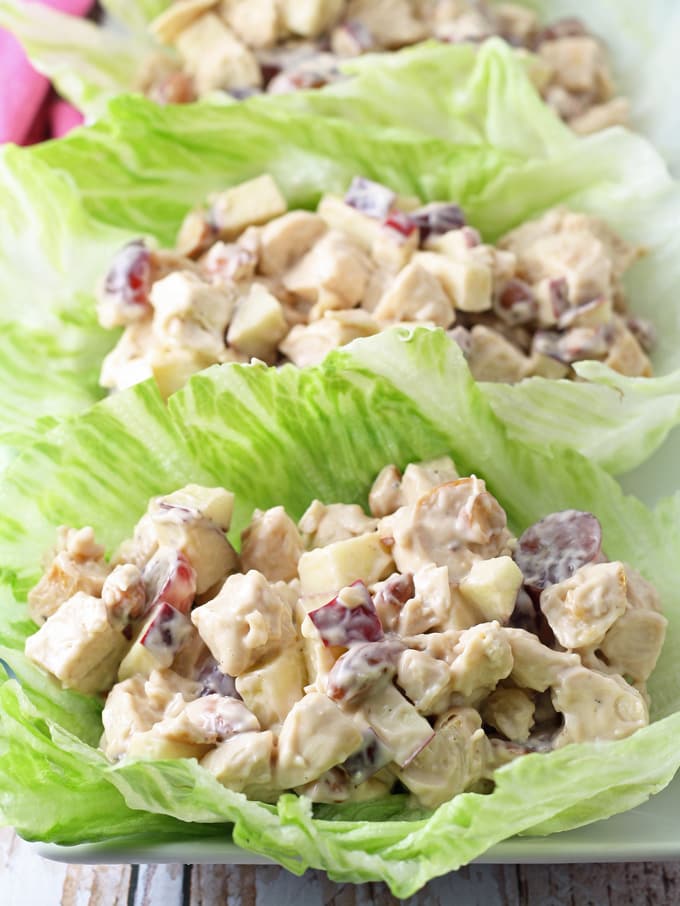 These grilled chicken salad lettuce wraps are a healthy addition to your lunch. Nuts, grapes, apples and chicken are joined by a honey balsamic vinaigrette. 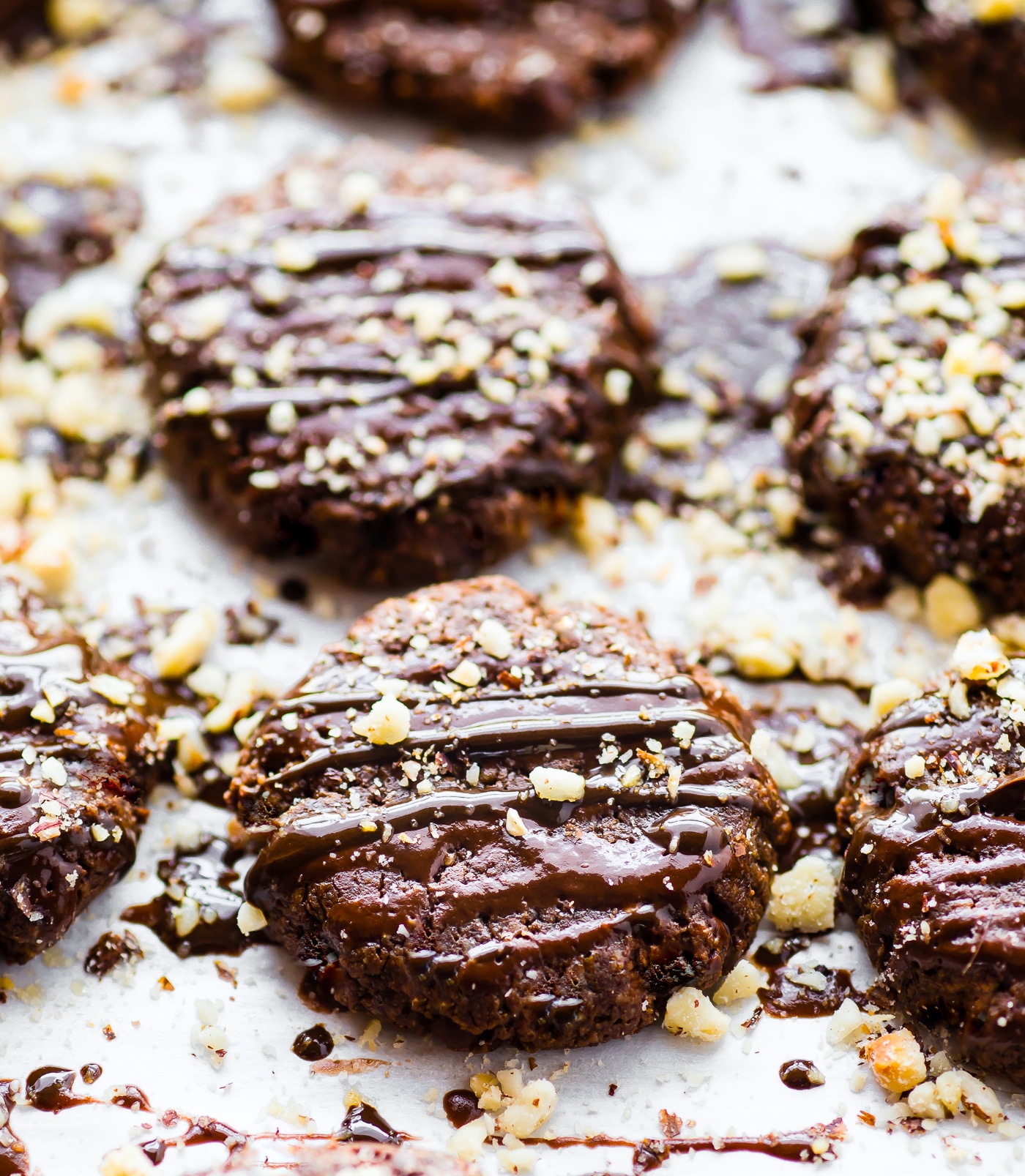 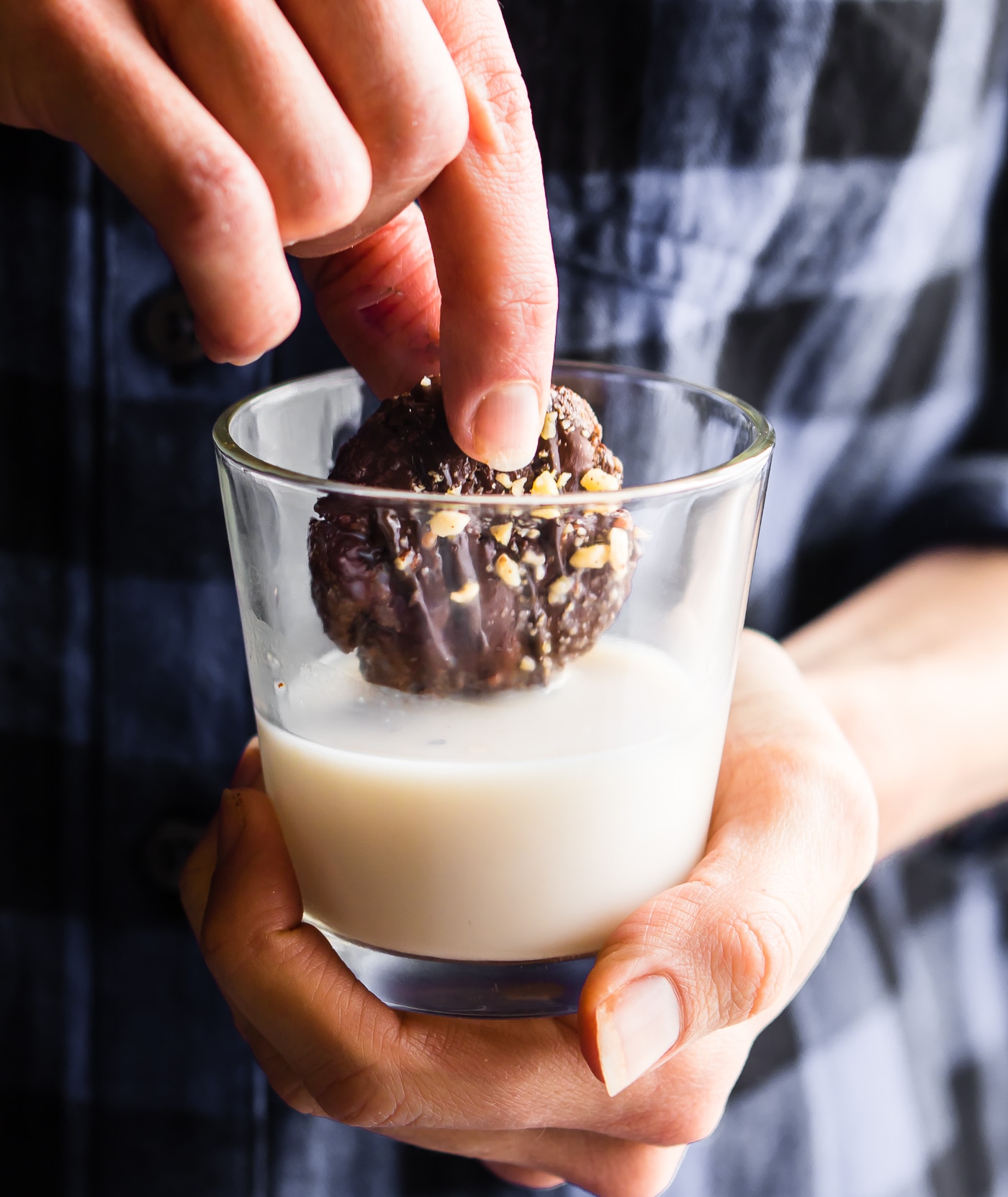 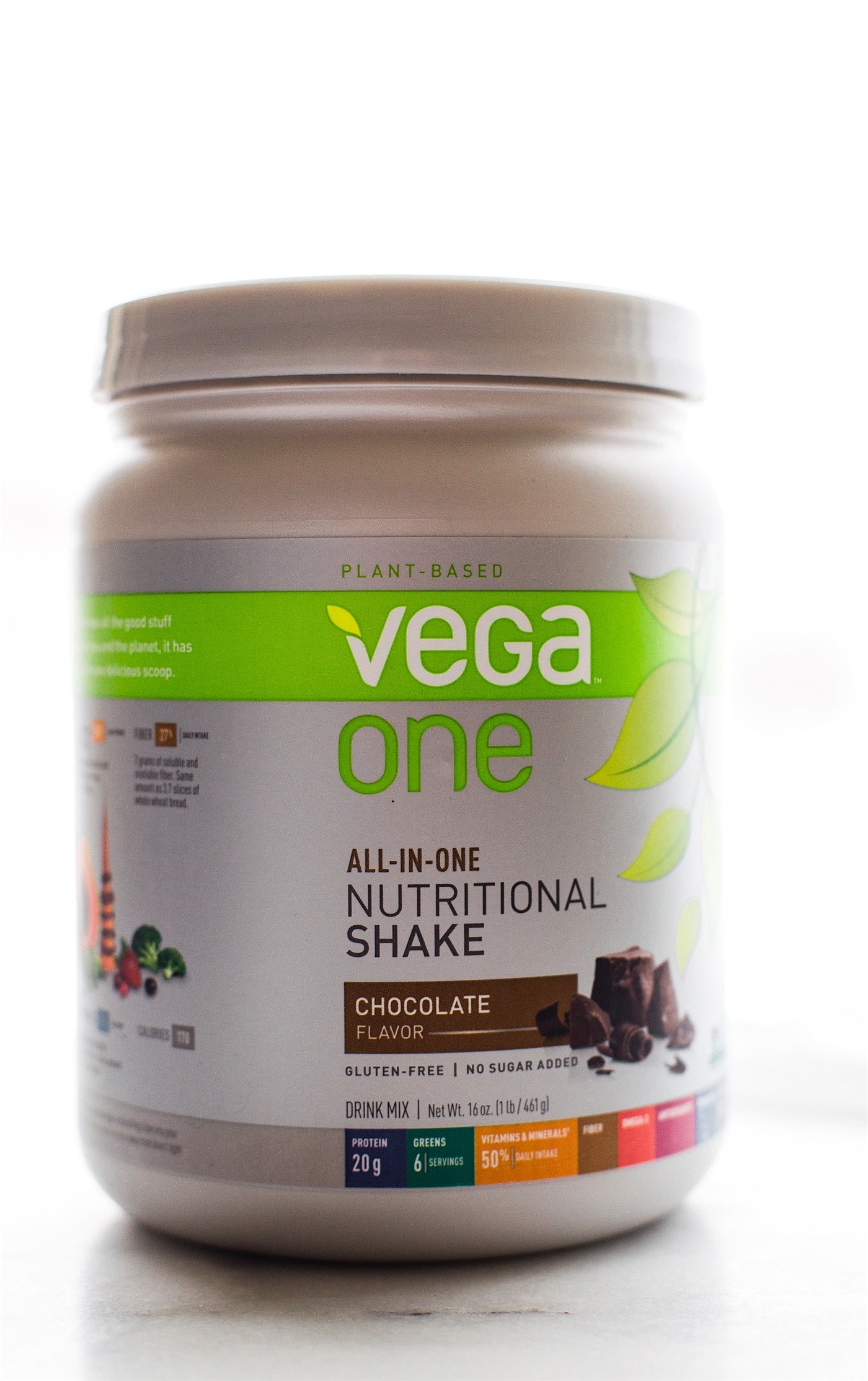 For best baking texture, use a plant protein with pea protein in it. We used Vega Chocolate All in One
from GNC.

Brown Sugar or Palm Sugar will also work in place of coconut sugar but are unrefined.

You could also reduce sugar by using xylitol or baking stevia. The baking times will be a little different though so check cookies before 10 minutes if using a sugar substitute. 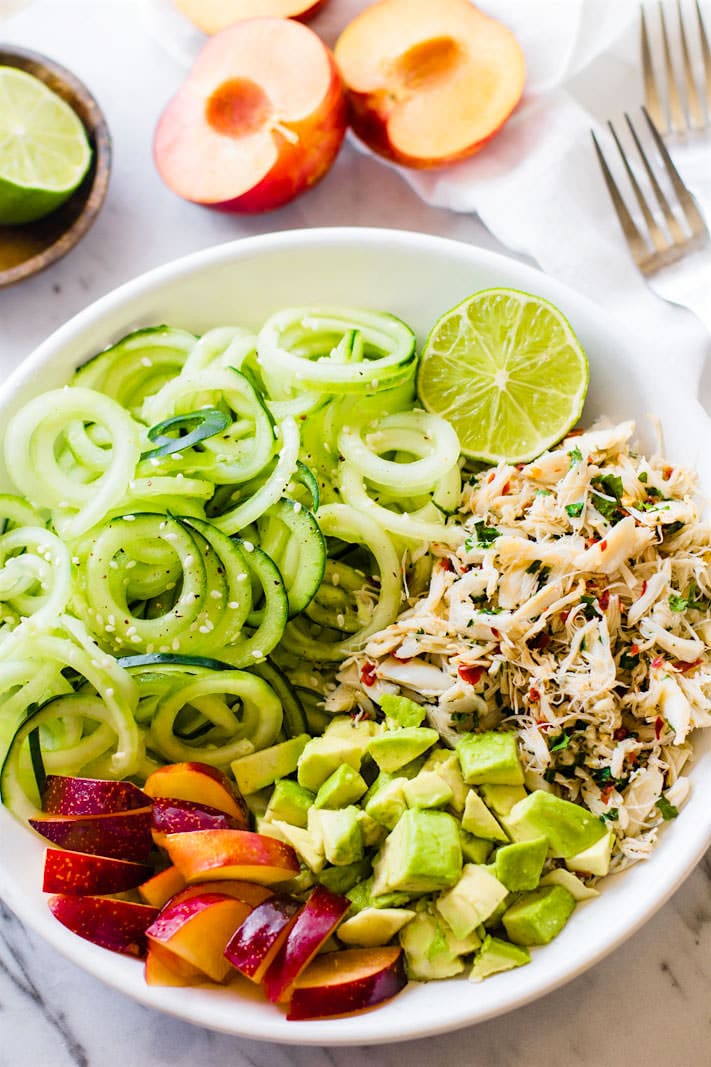 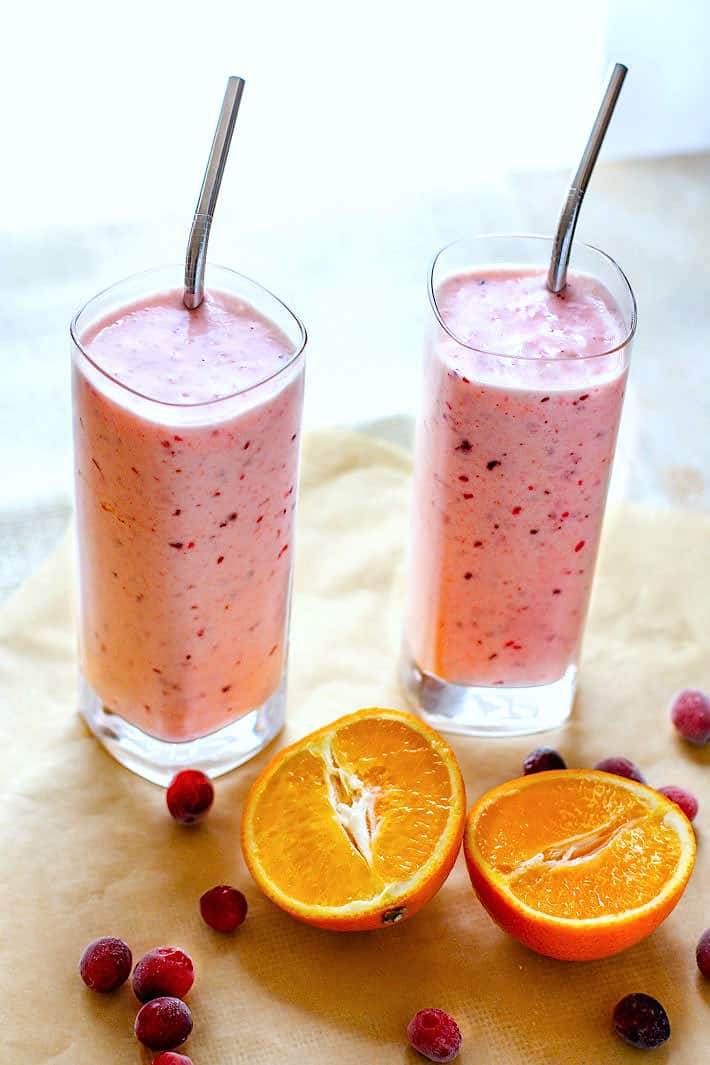 When we picture hungry Americans, we may see the faces of children, or single moms. But many of the people who struggle to fill their bellies are beyond age 65. Some of them are even malnourished, a condition that sets them up for all kinds of other health risks, like falling.

Malnutrition may go undetected — by the general public and by doctors — until the seniors show up in the emergency room, often for an injury or other reason.

A study published online on Aug. 12 in the Annals of Emergency Medicine found that more than half of the elderly patients who visited an emergency room were malnourished or at risk for malnutrition. Other studies have estimated that about 6 percent of elderly people living on their own are malnourished, but rates are as high as 85 percent in hospitals and long-term care facilities.

Timothy Platts-Mills, an assistant professor of emergency medicine at the University of North Carolina at Chapel Hill, was the lead author of the paper. He says malnourished seniors “fly under the radar.” And he was surprised to see the prevalence rate of malnutrition as high as it was – 60 percent — among the 138 elderly patients surveyed for the study. Each had visited the emergency department during the study’s two-month period in 2013. Tom Neville of Catholic Services knocks before entering with a Meals on Wheels delivery to an elderly widow on March 12, in Hainesville, N.J.

When Platts-Mills and his co-authors asked the seniors who were diagnosed with malnutrition through a screening process why they weren’t getting enough to eat, they cited a variety of reasons — depression, dental problems, other difficulties in eating and difficulty buying groceries.

The good news, Platts-Mills says, is that if they can be identified, many seniors who are at risk can be linked to services like Meals-On-Wheels and food pantries that can help them get access to good quality food.

“For some of these patients, we’re not going to change what happens — they may have a terminal illness,” he says. “But for others, we can have a lasting impact on health and quality of life. That’s a group we should be identifying nationally, and we’re talking about a relatively inexpensive intervention.”

According to Feeding America, a national food assistance organization, seniors are among the most food insecure of all people in the U.S.; one in three recurrent food bank clients is 60 or older.

Some food banks are now specifically targeting the elderly, like one in rural Arkansas profiled in this National Geographic multimedia feature on hunger.

If you are noticing your aging loved one’s daily needs or hygiene declining, it may be time to look into their senior care choices.